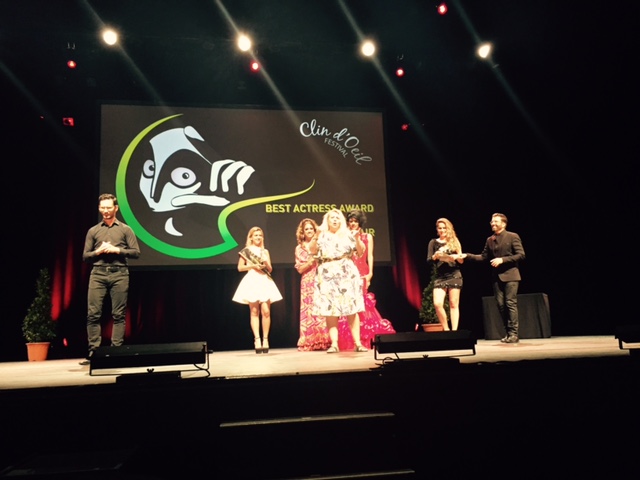 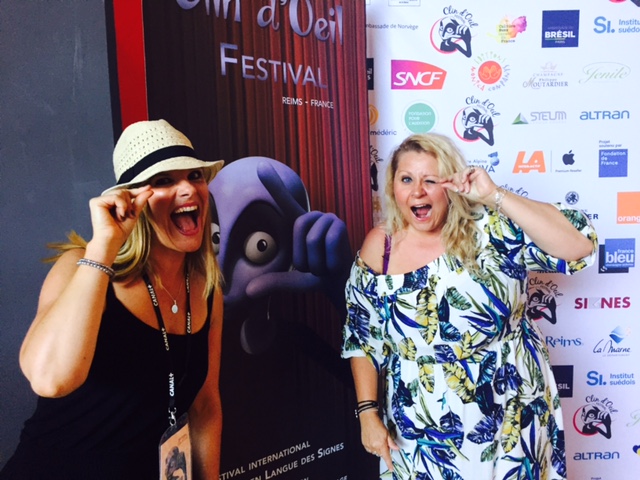 Some of you that did not attend may have been following the updates about the Clin d’Oeil Festival and, if you haven’t, you can view the photos on their Facebook page. You will see a glimpse of Nikki and Marilyn looking fantastic on the stage!

Enjoying the hot weather throughout the weekend in Reims, Nikki and Marilyn had the opportunity to witness various performances, which took place in several locations and they also interacted with international filmmakers and artists. They had the pleasure of meeting various well-known deaf talents including Finish rap artist Signmark, DJ Nico DiMarco from the USA (you may recognise the surname as he is the twin brother of model, actor and Deaf activist Nyle DiMarco), John Maucere from the USA known for his superhero character ‘SuperDeafy’ (who was also one of the MCs of Clin d’Oeil Festival) and the lovely Maxim Fomitchev, known as Maximime – a physical comedian clown and actor from Canada! Nikki and Marilyn were also delighted to be reunited with the Beethoven’s Nightmare band, VV Maestro Giuseppe Giuranna and USA musician Sean Forbes (all of whom have previously performed at Deaffest). 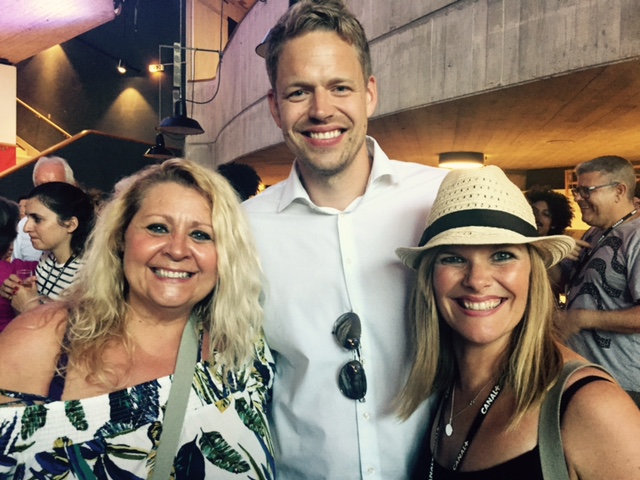 Saturday 8th July was a very busy day for judges Nikki, Louis Neethling, Pierre Louis Levacher, Veronique Berthonneau and Marie Bresson. They spent the day watching films that had been submitted from all over the world and judging the winning entries. We are pleased to reveal that amongst the winners, were a couple of Brits! Jean St Clair won the Best Actress for Signs of an Affair and Heathlands School for the Deaf won Best Film in the Youth Film category for their film SSL. Huge congratulations to all of the winners, as well as the nominees!

“It was inspirational to watch films created by talented deaf filmmakers. I particularly enjoyed watching the deaf youth films. They are the new generation of filmmakers and it is our duty to support them, as well as help them grow.” – Nikki Stratton

“I’m so pleased that Jean St. Clair won the award for Best Actress for Signs of an Affair and I am honoured to have collected the award on her behalf.” – Marilyn Willrich.

The film awards ceremony, which took place at the La Comédie de Reims, was well attended and was followed by a Deaf Party, where various performances by incredibly talented deaf artists took place on the stage. With Reims being famous as the capital of France’s Champagne region – quite a few corks were popped that night!

“It was wonderful to see all those amazing creative souls gather at Clin d’Oeil Festival and to see the festival goers join in the celebration of these unique deaf artists. Festivals like Clin d’Oeil and Deaffest are of great importance to enable the world to see the amazing work of deaf artists and filmmakers, and to inspire the next generation to ensure the creative talent continues.” – Nikki Stratton. 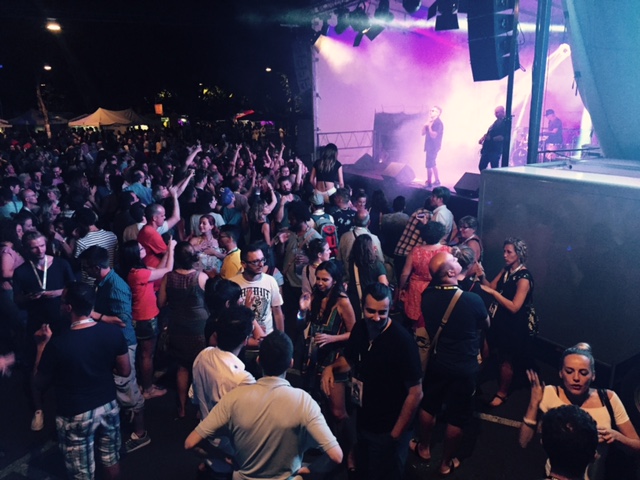