The 23rd Encounters Short Film & Animation Festival returned to Bristol from 19th-24th September 2017 with a selection of screenings, including films made by deaf filmmakers.

Deaffest Co-Founder Nikki Stratton went along to join in the events taking place at the festival on Saturday 23rd September and particularly enjoyed the ‘Deaf Shorts Showcase‘ and the Spanish Deaf Shorts. Among the films shown were; Nevith The Dragon directed by Paul Miller, 4 directed by Bim Ajadi, Silent Laughs directed by Natalia Kouneli, The Song for Single directed by Zheng Xiaosan and Signs of an Affair directed by Louis Neethling, all of which have previously been shown at Deaffest. Nikki couldn’t get enough of watching those fantastic films!

“It is great to see that deaf films are being shown at other festivals in the UK and I am proud to see The Song for Single, which won the Best Artistic Short Film award at Deaffest 2017, being shown at the Encounters Short Film festival!” – Nikki Stratton, one of the Zebra Uno’s Directors and Deaffest Co-Founder

In case  you missed out on the announcement of the Award Winners of the Encounters 23rd Short Film and Animation Festival 2017, you can find out who won the awards here! Congratulations to the winners!

We’re especially delighted that The Silent Child has won the Deaf Shorts Showcase Award. Director Chris Overton and actress/writer and Deaffest Patron Rachel Shenton came along to Deaffest 2017 and gave a talk about the film, which was then under production, and showed a behind-the-scenes clip documenting the making of the film. Congratulations to Chris, Rachel and the crew! 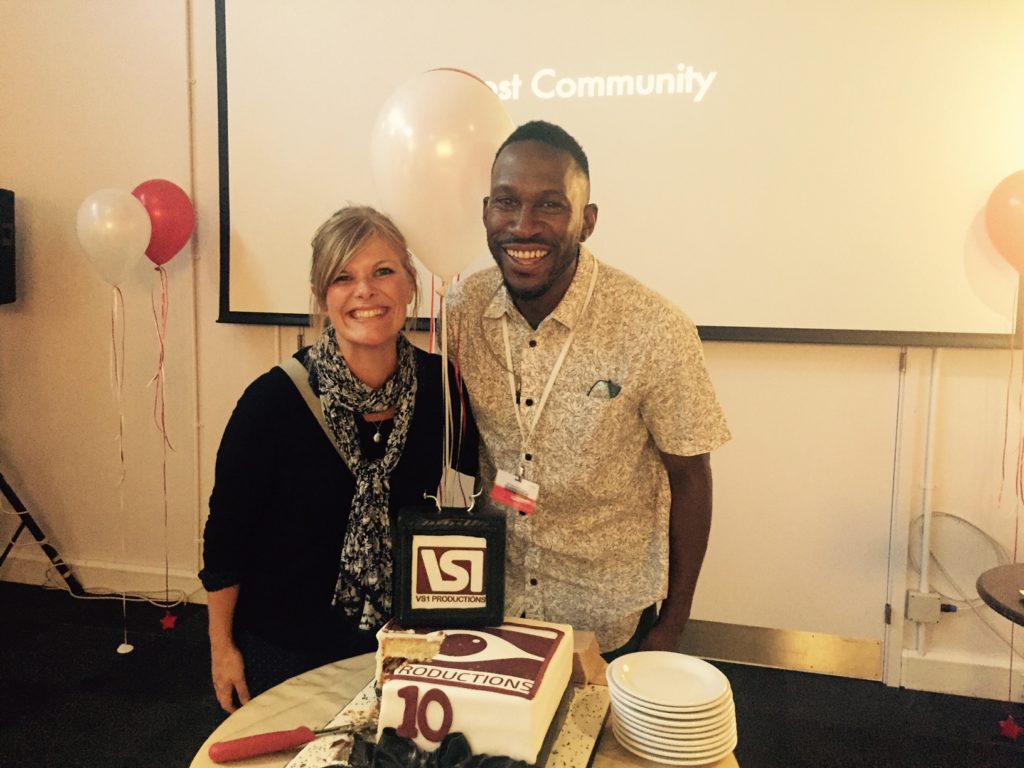 Nikki also had the opportunity to join in with the celebration of VS1 Productions’ 10th Anniversary! VS1 Productions is a Bristol based media company and you can find out more about them here. Congratulations to Director David Ellington and his team on their special anniversary!