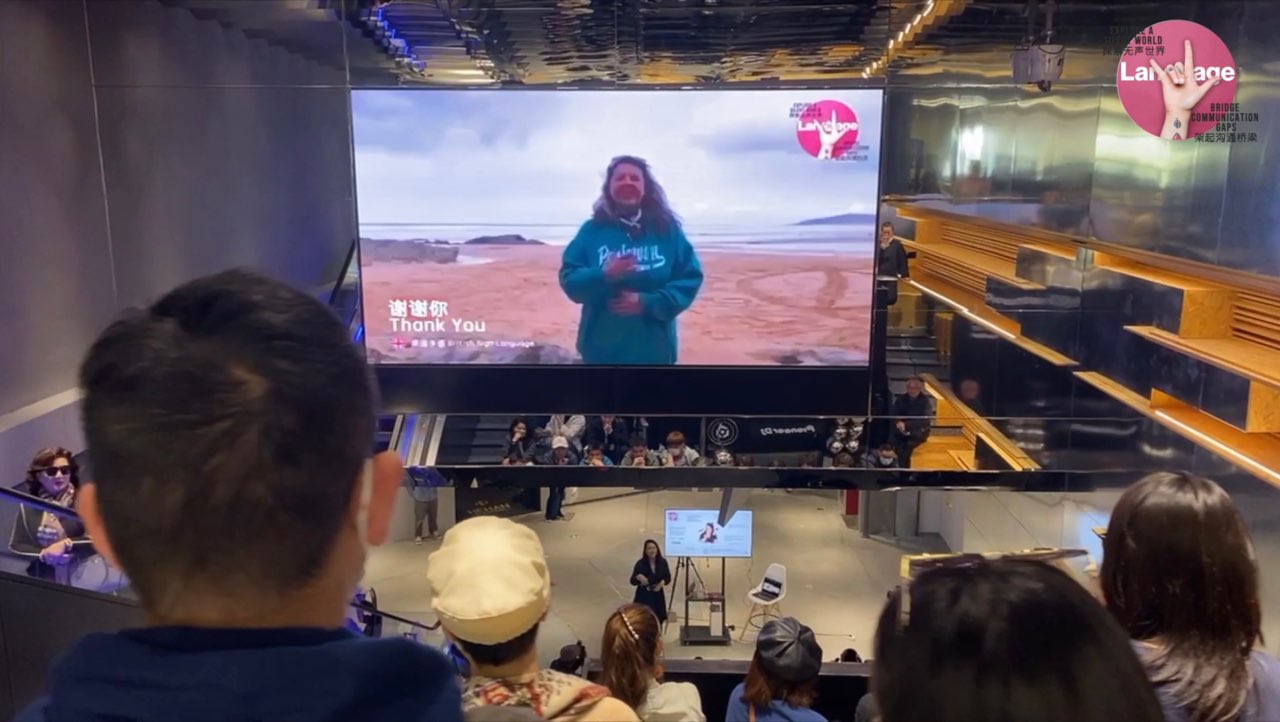 The event was organised by Visual Designer, Actress and Performance Interpreter Xiaoshu Alice Hu, as part of sign language being recognised in Shanghai last year.  The event showcased sign languages from across the world including British Sign Language where Marilyn shared some signs on video.