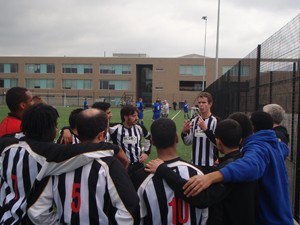 Zebra Uno is proud to be a sponsor of the Black Country Deaf Football Club.

The Black Country Deaf Football Club was formed in 1993 with players from all over The Black Country and Birmingham. The club regularly competes in weekly mainstream leagues such as Sandwell Premier & District Football Leagues on Sunday mornings. Also competing in various Deaf competitions such as British Deaf Cup and England Deaf Football.

Zebra’s very own Matthew Shaw is Secretary for the Club.