A fantastic fundraising event was held on Saturday 19th November, in aid of Children with Cancer UK. The ‘Back to Skool’ event took place at Tillington Hall Hotel in Stafford.

Children with Cancer UK is the leading national children’s charity dedicated to the fight against childhood cancer. Zebra Uno & Zebra Access Co-Director Marilyn Willrich was present at the event as the guest speaker and gave a speech about the charity. £1000 was raised from the event which will go towards the charity, contributing to achieving their aim of supporting children with cancer and towards their ongoing development. 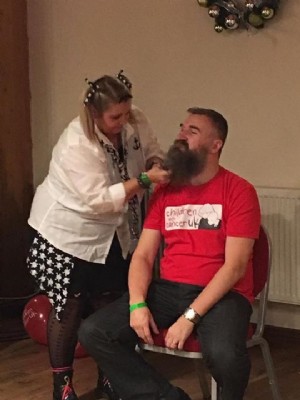 The event included a fun raffle, auction, a tasty buffet and a disco. A man also had all of his beard shaved off to raise money contributing towards the charity event! We trust everybody enjoyed themselves and special thanks go to Paul Boult for organising the event.

In more news; Stafford Deaf Pub have celebrated their first anniversary! The event was set up by Marilyn Willrich and a friend and is still going strong.  Recently, local deaf people gathered to celebrate the anniversary on the evening before the ‘Back to Skool’ fundraising event. 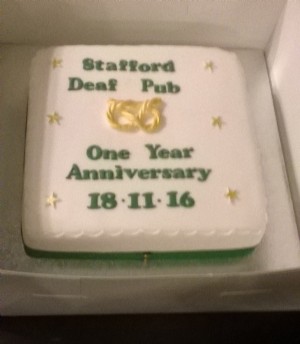